LIVING BY THE CLOCK 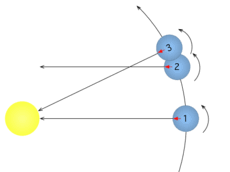 The basic unit of calendar time was a day, so time, which elapses between the sun's successive returns to the same meridian. Simply put: day and night…

When did it begin?

Natural phenomena played a certain role in determining the time of day and night, like for example. opening the cups of flowers (the so-called. "Flower clock"), crowing cocks ("Folk clock") or the location of certain stars or planets in the sky. “Like a rooster crows, you know it, that it dawns, "says the proverb. The "first hen" announced midnight, the second - the previous one, the third - dawn. The Pole Star and the planet Venus were also helpful, as well as such constellations, like the Pleiades or the Great Bear. The "flower clock" - which indicates the hours of the day - however, varied across geographic zones, and it functioned only during the flowering season.

At first it didn't matter much. With time - as higher forms of social life took shape - however, it became necessary to define and measure time more precisely.. Two principal systems have emerged:

• In one, the day and night were separated separately into a fixed number of parts, the number of day and night hours was not always the same. Daylight hours - equal among themselves - were generally not equal to night hours. It was a system of "unequal hours".

• In the second - day was treated as a whole and divided into a number of equal parts. It was a system of "equal hours".

For the creators of dividing the day into equal 24 the hours are considered to be Babylonians. Initially, they divided the day into 6 identical parts: 3 daily and 3 nightly. They were the so-called. "Guards", which were divided into 60 parts, these in turn - smaller enough.

About 800 years BC. established in the daily life of Mesopotamia the division of the day into 12 parts, called "kasbu". They were divided into 2 parts, equal to our hours. This was evidenced by the division of the day among the Greeks, who, following the example of the Babylonians, divided the day into 24 hours. But… only in astronomy. In Greece, time was counted on a daily basis according to the Egyptian hours, so - "unequal". The kasbu was further subdivided into 30 parts, called "us". So the day was divided into 360 us.

They created their own division of the day into equal intervals of time 300 years BC. Chinese. But… or really your own? It is almost the same as Babylonian.

Chinese (unlike the Babylonians) instead of numbering the double hours, they named them. These names corresponded 12 the constellations of the Chinese solar zodiac. So there were the Mouse hours, A bull, Tiger etc..

Chińska szi, or "double hour", was divided into 2 parts. The first is "tshu", second - "tszing". Thus, the Chinese day actually consisted of 24 parts, like Babylonian.