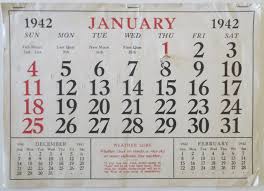 Sky observation has reached a high level, although it is still difficult to talk about astronomy as a science. However, it has developed from the earliest times in many parts of the world.

The earliest it developed in Central and South America. This is evidenced not only by the already mentioned geometric figures, drawings of birds and spiders in Peru, but also the famous Gate” Suns on Lake Titicaca in Tiwanaku, Bolivia - huge, carved in one stone weighing 12 your, 3,75 m in height, 4 m wide and 1 m thick. Her age is estimated at 16 thousand years, and is - as has already been proven - the oldest calendar in the world based on astronomical phenomena! The Egyptian and American pyramids and Babylonian ziggurats also have an astronomical and calendar "orientation". In any case, so say some scholars. The sum of the diagonals in the pyramid of Pharaoh Khafre in Gizeh is 584 "Pyramid elbows", which corresponds exactly to the number of days of the Venus cycle.

„Pyramid elbow” equal Is 0,635 m (It was established by English researchers dividing the dimensions of the Cheops pyramid by the number of days in a year).

The sum of the diagonals in the Mexican Theotihuacan Pyramid of the Sun corresponds to the Mars cycle - 780 days. And in the great Babylonian ziggurat all the circumferences of the walls and the bases of its steps are a simple number function 360 days of the solar cycle without 5 extra days.

Where did these similarities come from?? Some associate them with the legendary Atlantis, which was supposed to exist in the Atlantic Ocean. If it existed - the matter of these convergences, as well as the amazing similarities between the Mayan and Egyptian cultures and civilizations, would be clear. The "natural link" connecting these distant nations would be the Atlanteans. Some scholars, however, go even further. They put forward the hypothesis of Fr.… the extraterrestrial origins of pre-American culture!

How was it really - hard to say. For us, representatives of the Eurasian civilization circle, moreover, the advancement of astronomy and the related study of time in Babylon is of greater importance, Egypt, Greece, Rome, and even in China.