HOW THE YEAR WAS DIVIDED? 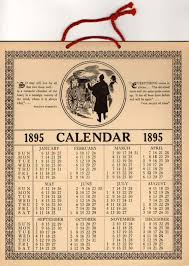 “To avoid embarrassment A year was taken as the time.
They share it (very convenient)
For months and weeks "…

This is what Tadeusz Boy-Żeleński wrote in "Słówki". But the poet was wrong, because it's not that simple and convenient at all, and there was and is a lot of trouble!

No, because let's take even a year, which is the primary time gauge for calendars. Its length was already known to the ancient Maya, Egyptians, Babylonians, Chinese, as well as residents of the British Isles. It was the time between the first and the second passage of the sun through the vernal equinox, equal to exactly 365,2422 the so-called. medium sunny days. However, this time - known as the tropical year - is not constant. Its average length is reduced by 0,53 seconds within 100 years. Practically speaking, it doesn't really matter. Another fact is more important: the tropical year is "unequal", it is not divided into the full number of days. Meanwhile… the calendar year must contain full days. So what to do with this surplus 0,2422 day? After all 10 years - assuming, that the calendar year is 365 days .— it will amount to 2,422 day, or 58 hours, 7 minutes and 40 seconds. A po 100 or 1000 years? Of course, there will be a stark contradiction between the calendar's timing and the astronomical one. The seasons will not match, the calendar will collide with the "natural year" and, instead of serving people, mislead them.

A month? As we know, is the time associated with the movement and phases of the Moon. The synodic month - because this is what was considered the measure of time - is the period, which passes between two identical phases of the moon, e.g.. from new moon to new moon. Its value was also known very early. It is 29,5306 day. And again the same story: unequal month, not dividing completely into days. And in addition - not in keeping with the tropical year. So how in such a situation to divide the year into months and make it, so that the calendar year roughly matches the astronomical year without complicating life?

Let's not talk about the week yet, because it is an artificial creation, invented to divide time into shorter periods. He had (and still has) purely ordinal character, organizing our practical life. But e.g.. time? To tell the truth - and she is unequal. Sunny day - it is time, which expires in the moment, when the sun in its apparent motion returns to the same meridian and equals no 24 hours, as is commonly believed, but… a bit more or less. So the days of sunshine are unequal. It is m. in. the sequence of the elliptical path, which the Earth travels around the sun. The Earth moves the fastest at the sun point, i.e.. in the place of the closest approach to the sun, with the smallest - at the point of exposure, i.e.. at the point of greatest distance from the sun. The difference between the longest, and the shortest true solar day is 51 seconds. Our 24-hour day is therefore the "average sunny day", thus the average annual day.

And finally - also a not trivial issue: which of the celestial bodies - the Sun or the Moon - to consider as the basis of the calendar count of time? Reason says, that the sun. Sun (more precisely - its apparent movement around the Earth) it is, after all, the determinant of our year.

• Solar year, corresponding to the tropic, it is therefore longer than the lunar fr 11 days and is exactly 12,36 a synodic month.

Despite this, the solar year is not used everywhere in calendars. In most ancient countries, the lunar year became the basis of the first calendars. This was the case in Babylonia, India and China; this was also the case with the Jews and the Greeks. Even the Egyptians, considered to be the creators of the solar count of time, they began by counting the time according to the synodic months. As is easy to guess, These calendars were not perfect and to bring them into some kind of compliance with the real length of the tropical year, it was necessary to resort to the help of the sun or other stars, allow the exact length of the year to be calculated.

Calendars based on the solar system were the next step. And they required a lot of mental exercise, resulting even from that unequal, not divisible into equal number of days, the length of the tropical year. This "difference" has been dealt with in various ways, however, full compliance was never achieved.