A day in the first centuries 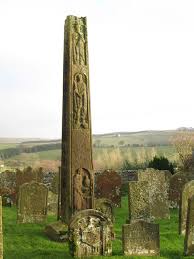 Christian and Mohammedan clergy exerted a considerable influence on the change in the concept of measuring time. As we know, as commanded by Muhammad, The Arabs had to say their prayers at certain times of the day. The Christian Church also imposed similar obligations. W II and III w. introduced e.g.. three canonical hours (canonical hours). Then - seven, namely: morning (matins), the third hour of the first hour, (the third - in the middle of the morning), sixth hour (six o'clock - noon), ninth hour (nine o'clock - in the middle of the afternoon), vespera (vespers - before sunset) I compline (evening prayer, falling to the west suns).

The hours were counted as in Egypt - from sunrise to sunset, so from 1 do 12. With time in monasteries an hour 6 (sixth hour) replaced 9 (ninth hour). In everyday life, however, it was still noon 6.

By order of Pope Sabinianus (604—606) these hours were announced by ringing bells. Moreover, this order also applied to placing sundials on church towers, contributing to the popularization of time-keeping and its application in everyday life.

Little is known about the first sundials in early medieval Europe. We find most of them in England. They are among the oldest: w Bewcastle Cross (with approx. 670), w Kirkdale (z XI w.) i w Bishopstone (z XI w.).

In Poland, they began to spread only after the adoption of Christianity. According to the chronicle of Gall, The sundial was located in the years 1107-1108 on the church in Spicymierz. The oldest - preserved to this day - sundial is on the church in Stróżyska, and comes from the fourteenth century.

The art of making solar clocks did not truly flourish until the 17th and 18th centuries. These were, however, already refined clocks, indicating a fairly exact time (in ancient sundials the rod of the gnomon was perpendicular to the dial, in modern clocks, the rod is inclined to the dial at an angle appropriate to the latitude of a given locality).

The popularization of the sundial was undoubtedly a progress in Europe at that time, but… relative progress. As for the art of building timepieces and the ability to use them, we were then more backward than the Babylonians, Egyptians and Chinese 2000 years before. The matter was complicated by the one adopted in Europe, inherited from the Romans and the Greeks, Egyptian system of "unequal hours". It was a serious brake on the way of further development of timepieces. Fortunately, figured out what the matter was. And so there are new timepieces, and with them - a new "clock age".