Trouble with the month and year 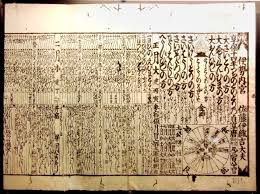 The day was the least of the trouble. It was counted from east to east (possibly - from west to west) The sun. It was worse with the month. It was counted from new moon to new moon. However, this time is on average 29 days, 12 hours, 44 minutes and 3 seconds. So it is greater than the four seven-day lunar phases and is not evenly divided into days. But it wasn't that important at first.

A year? It was counted on cyclically repeating natural phenomena, so - the beginning of spring or (like for example. in Egypt) the overflow of the Nile, which happened regularly, heralding a new prosperous period of life to the population. But these phenomena - depending on the climate - did not always occur at the same time. There have been accelerations or delays. The year they were counting was therefore not equal.

Astronomers of the time did not know what it was doing, that there are seasons on Earth. They didn't know, that the Earth rotates on its axis, causing day and night and that it orbits the sun, the period of this circulation is one year, or 365 days, 5 hours, 48 minutes and 46 Seconds. And the seasons are due to fact, that the Earth's axis of rotation is not parallel to the axis of the orbit, that is, the track. on which the earth wanders around the sun, but makes an angle of about 23.5 ° with its direction. They didn't know either, that the earth does not go full circle around the sun (Even Nicolaus Copernicus did not know this), but it goes around in an ellipse. making, that the seasons are not of the same length. The speed of the movement of the Earth in different parts of the orbit varies. Consequently:

This is illustrated in the figure, showing the movement of the Earth around the sun.

Not knowing about the Earth's orbit around the sun, however, these "border points" were noticed, dividing the year into 4 seasons. The most important of them and the most noticeable were the "points" of the spring and autumn equinoxes. Fixing, when they occur, was the beginning of an exact length determination (and at the same time the beginning) year, so - the basics of time accounting, more or less in line with the astronomical.

This is how the ancient inhabitants of the British Isles calculated the year in the 2nd millennium BC. The stone cult circle is the proof (one of the oldest astronomical observatories in the world), erected at Stonehenge in southern England. It allowed for a fairly accurate determination of the summer and winter solstices. These days - established and announced by priests - were celebrated. Time was also counted from them.

W 1955 In the last year, Peruvian aviators discovered in Peru - over many square kilometers - the outline of geometric figures, flying birds and spiders. Figury te, as established, they used to be a network of irrigation channels. There would be nothing extraordinary about it, had it not been for further research, the results of which have become even sensational. The arrangement of the individual signs and their directions prove, that these channels were created by astronomers, and they are quite skilled in their art. Some pointed to the horizon where the sun rises and sets during the day / night solstice, others - they marked the rising and setting of the moon, planets and some stars. Birds and spiders, on the other hand, symbolized the star constellations. All this, as established by scholars, was created approx 10 000 years ago!

The Egyptians did a bit differently. They got interested in Sirius, which is the star of Sopdet (called by the Greeks Sotis), located in the constellation Big Dog. During the winter months, it is visible almost all night long. In mid-May, during the day, is above the horizon, invisible because of the sunshine, and only after dusk can it be seen again just above the western horizon. At the end of May, it is completely hidden in the sunlight and appears only in the second half of July before dawn over the eastern horizon. Day, in which, after two months of invisibility, you can see her again, The Egyptians considered the beginning of the astronomical year.

That "heliacal" (from Helios - the Sun.) the east of Sirius in Egypt was July 19-21, in Poland - in mid-August. Time from one sunrise to the next, i.e. the so-called. "Sotis year" (equal to stellar), although it differs from the tropical year, which is still the basis of our time calculation today, by approx 20 minutes, nevertheless taking it as a basis calendar it was a tremendous advance. The important thing: this "heliacal" sunrise of Sirius coincided exactly with the flood of the Nile. Nil, on whose outbreaks the life and prosperity of the Egyptians depended, thus he was the cause of this important discovery. And it was not only about practical reasons. The priests wanted to announce the coming great festival to the people, related to the overflow of the "holy river" i… do not be mistaken!