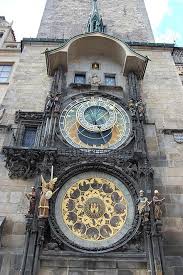 The invention of the pendulum and the balance with the spiral made it possible at the end of the 18th century. time measurement with an accuracy of a second. So the era of clocks with one - hour - hand has passed. All clocks - pocket size, home and tower - got minute hands. Clocks with second hands were also created, used in astronomy and navigation. At the end of the 18th century. Second hands appeared and in ordinary pocket watches. The 12-hour clock face was also finally established, respecting the count of the hours from midnight to noon and from noon to midnight.

Old clocks - water, sand, fire - gone into oblivion, but here and there sundials were still built. They made it possible to define noon precisely. So they were helpful in adjusting mechanical clocks.

Only for a time, anyway, when convinced, that the length of the solar day during the year is not the same. Found, that the "real time" of the day is not… real time. So the sun is not suitable for measuring time "on a daily basis". Another sun is needed - "middle sun". I… this is the sun that astronomers created. It has this advantage over the real one, that it "orbits" the celestial sphere during the year (with the Earth in the middle) along the great circle in a steady motion, circulating at the same time as the "real sun". So a construction was invented, to calculate the "average solar day" on its basis, and thus - "average time". "Mean Time" was originally used only in astronomical observatories. With time, however, it began to be introduced into everyday life. First it was done in Geneva (from 1790 r.), then in London (from 1792), then - in Berlin (from 1810)

and Paris (from 1816). Soon, almost every major city had its own "mean time", regulated relative to its own meridian. As a result - chaos arose, which took its toll especially after the introduction of railway communication. Suffice it to say, that the "Warsaw" time was in force at the Vienna Station in Warsaw, but in the East - "Petersburg". And in New York in 1873 r. it was in force at various stations… 71 different times!

To remedy this, w 1884 divided the globe into 24 time zones. They are bounded by meridian lines (spaced 15 ° apart) and differ by an hour from each other, The "zero" Greenwich meridian was determined as the starting point of the daily time.

The first country, which followed this division was Japan. Starting of 1888 r. the uniform time was introduced here according to the meridian distant from Greenwich by 135 °. This is the time difference 9 hours. The next countries were: Austria-Hungary (1891), Netherlands and Belgium (1892), Germany and Italy (1893), Denmark, Norway and Switzerland (1894), finally France (1911). In Poland, the "zone time" was generally in force since 1915 r. (Russia did not introduce it), but by law only from 1 WE 1922. From that day, the day officially begins with us at the moment of lowering the middle sun in the meridian 15 to the west from Greenwich. And clocks located in public places (except the solar ones), should indicate "Central European" time, proper for the meridian 15. Starting from 3IV 1977 of the year, we have temporarily introduced "summer" and "winter". Therefore, in the summer season, Eastern European time applies in Poland.

The world accepted zoning times without much resistance. Except for some Mohammedan countries, where the sunny "real time" still applies. For the Koran speaks, that "God instituted the sun, to be used to measure time ". On the other hand, the inhabitants of Tashilungpo are said not to use timepieces at all. In their opinion, because, possession of a clock makes slaves of men.