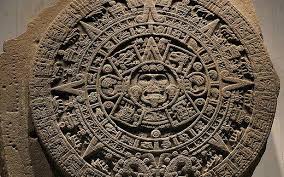 The Babylonians played a great role in the development of the clock of time. They are also considered to be the creators of the chronology based on the lunar system.

Babylonian year, instituted by the god Marduk, consisted of 12 months, counting after 28 days. So he was only a year old 336 days. However, a god's error was soon discovered, establishing the synodic month as 29,5 day. The Babylonians rounded it up to 29 dr}and thus a 348-day year was created.

But the order of natural phenomena on Earth is not related to the movement of the Moon. Side, autumn, winter and spring occur at annual intervals, not monthly. Astronomers, who took the lunar count of time, so they were in real trouble.

In Babylon, the difference between the solar and lunar years was as high as 17,25 day. It's easy to imagine, what confusion such a calendar caused in life. The seasons were not at the right times, but in different months. This calendar, instead of making your life easier, it only introduced complications.

To remedy this, the priests decided to add after 1 day to every other month. The idea seemed good and after a while the Babylonian months of I., III, V, VII, IX and XI counted after 30 days, the rest - after 29. Thus, the counting year was obtained 354 days.

It was obviously better than the previous one, but still far from tropical. In this situation, it was decided to carry out further reform: every few years, when the mismatch between the lunar and solar years became too obvious, a thirteenth 30-day month was added at the end of the year. Thus, the Babylonian year was from 354 do 384 days - as needed.

Unfortunately, The Babylonians were inconsistent in this action. The thirteenth month was added initially every three years (it did not save the case, of course: 4 solar years are more or less 1461 days, while 4 Babylonian years in this cycle - 1446). At certain times, the 13-month years grew by momentum, year after year; in others, they were completely forgotten. Even the registration of the years was forgotten or rewritten, from some new era. In a word - the mess continued, and we bear its consequences to this day: the retraction and inhibition of the calendar count of time have so confused Babylonian chronology, that it is sometimes hard to get to grips with. Only in the 5th century. p.n.e. a certain order was introduced - at least in the field of year registration. W IV w. p.n.e. instead, it was decided to intercalate on a regular basis, that is, adding 13 month. It appeared in a 19-year cycle, containing 7 leap years (13-monthly). Of course, that didn't solve the problem, but it already introduced a certain order into the chronology.

The Babylonian months began with the appearance of the first light of the young moon, so on the first day (more precisely - on the first evening) after the new moon is over. The procedure for this was quite unusual. All Babylonians were morally bound 29 look for the ruler of the night in the sky every month. If he hasn't been seen, the observations were repeated the next day. Who was the first to notice the lunar crescent, rushed to the temple, to inform the priest about it. Then the sounds of trumpets were heard from the top of the building. This is how the new month began!

The Babylonians divided the months into weeks. It is believed, that they invented them at all, as well as the breakdown into 7 days and their names. From the Babylonians also comes Saturday - Shabbatan - a day initially considered to be unlucky, taboo day, w at which time There was nothing to be done. Therefore in Babylonia, and then with the Jews, Saturday has become a day of rest.

The New Year began on Nissan's first day, that is April, when the heliacal east of Aries occurred, which coincided with the time of the vernal equinox.