How to create a live wedding band. 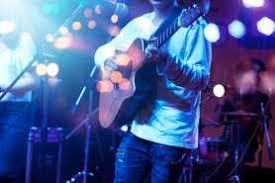 At the beginning, I wanted to provide tips on how to create a live and backing band in one article. After a moment of reflection, however, I came to the conclusion, that the process is very different in both cases. So the first article to be published is about organizing a live band. I invite.

Creating such a team will require three things at the beginning: the right people, the right amount of money and a lot of work. There is also an idea to create your own style, the sound of the instruments and of course the functions in the band.

First, let's consider who we want to work with.

This is basically the most important element, because he can bury all hope of a full schedule. First of all, people in our line-up must be able to play their instruments, second, they must be able to play the wedding repertoire, and third, they cannot be individualists, the stars, aggressors or closed outsiders. When our team is just getting to know each other, he got it, probably no one will lean out too much or the rest will not pay attention to it so much. Everyone will still be caught up in the new situation. After a while, it would come out, that the team cannot get along with each other on more and more things. Because someone doesn't like this song, because someone wants to play it more like the original, and someone else doesn't give a damn saying “no one will hear it, that you missed one chord ". A few or a dozen such attempts and the atmosphere will become unbearable, which will immediately affect your lack of progress or going backwards, and after some time until the band breaks up. If we make a band, we have to find people, who will suit us, preferably open, happy, energetic, tolerant and somewhat amicable, not to mention that, that they must have the necessary musical skills. We, in turn, as a team leader, we must have qualities, what a leader should have. There can be a situation, in which the team is unambiguous, confident commander. At the very start, the band will stand still or somehow will 'orbit' for a few weeks or months and will cease to exist. If we join the team, which we do not know at all, it can be said, it's a lottery. We try to quickly find out who we are dealing with and if it is wrong - we wash away at the speed.

For most, this is where problems or even an impenetrable wall can arise. After all, the case is a bit worse than when playing from backing tracks. If we decide to play live, he will definitely be welcome in our squad: singer / master, singer (to expand and diversify the repertoire), keyboard player (or even two), bass, guitarist (in most of the material played at weddings, one such individual is enough) and of course the drummer. Good, let's assume, that every instrumentalist will join the ranks of our band, bringing their own equipment. I doubt it, that our new acquisition, in addition to a small guitar heater or a basic set of drums, will bring a set of microphones, tripods, cables or personal listening. Even that may not be enough, because there is a probability, że w naszej ‚konsolecie’ nie starczy wejść. Więc robimy tak: or we accept people, who have this "additional" equipment (and there will be very few such people) or we buy them ourselves. Of course, there is also the purchase of lights, some banners, business cards or even a delivery truck. The worst case scenario is to buy all the instruments and necessary equipment with your own money. On the one hand, we have power over it and it will be easier for us to find people, but on the other hand, we have to prepare tens of thousands of zlotys. As for the details of the equipment, I will put more information in separate articles.

Suppose, that we already have a really good team and professional equipment. Before we play anything , even 15 minute dancing, we have to prepare ourselves very well for this. One such dancing may result, that information about our team will spread to all parts of the world. Well, maybe after such a small event, this effect will not be on a global scale, but at the beginning of our career, we can leave a good or bad impression. And what if there was a potential customer for a large event among the guests? If we are not well prepared to play these 3 tracks, we just lost him. So all in order. First we need to find a place, where we will be able to regularly (1 in the week) make several hours of rehearsal. Najlepiej jeżeli jeden z członków zespołu dysponuje dużym pomieszczeniem w domku za miastem. W innym przypadku zostaje nam wykupienie ‚karnetu’ na dostęp do sali prób gdzieś w mieście. This also has its advantages - we will be better motivated not to waste time on crap. Next case: we have to discuss with everyone when they have time and how much time they have. I know from my experience, that 8 hours of trials give good results.

Now comes the time to prepare a list of songs, that is our repertoire. A very important thing: there must be only one person on the team, specific leader, who will determine, what others will play. Absolutely. No wish concert - it usually ends in confusion and tension. Only if the repertoire is set by one person does it have to be done well. So first find out what's going on at the parties, look for some hits, news. He also needs to know if a given song will not be too difficult to perform for any of the band members (although in most cases songs played at weddings do not pose such a threat :). When everything is settled, for several / several months we regularly organize rehearsals. We learn to play previously agreed songs together on each of them (I emphasize together, because every member of the band must have this piece familiar at home before entering the rehearsal room). It is a very tiring stage, because not every song is 'C G A F' by 5 minutes and end. Everything has to be written down on sheets of paper, more difficult elements must be repeated together many times. On one such, The several-hour-long trial will manage to work out a maximum of a few pieces. In addition to practicing new 'compositions', we also repeat these, played on the previous rehearsal. When our list grows significantly, we will not have enough time, to repeat all the numbers on one try. Then, on each rehearsal, we repeat a different section of the repertoire or practice only these, the hardest. Let's not forget about regular exercise, also at home (although for drummers there is probably no such thing as privacy :).

In fact, you can go a step further while creating your repertoire. That's enough, that you are well done 30-40 tracks in a variety of styles. If by that time someone found out about your existence, that's great - you can invite them to the test. I once signed a contract when presenting it to a client 10 tracks ... the only ones 10 songs that the band has developed so far. It was a very risky move, because no one knew if the band would break up before the top 100 was worked out, and even 50's. If you develop that 200 songs plus some chants, feasts, greetings and you will find, that sounds really good, you can play a one-day wedding. You are a new band with no portfolio, you are nowhere to be seen or heard, nobody talks about you. I will post an article about things in a while, which will allow you to fill your schedule and empty your wallets to the end - about the promotion.